KAMPALA CITY- The history and what to see

Ssekabaka Mutesa I, the former king of Buganda, had chosen the area that grew to become Kampala as one of his favorite hunting grounds. It was made up of hills and wetlands and was a breeding ground for a species of antelopes- Impalas in whose name the city was named Kampala (Area of Impalas). The impalas are no more in Kampala but can be seen in Lake Mburo National park.

The city grew as the capital for the Buganda Kingdom from which several building and kingdom property survive including the Kasubi tombs (built-in 1881) now a World Heritage Site, the Lubiri Palace, Buganda Parliament, and Buganda Court of Justice. The city was then damaged by the Uganda-Tanzania war but it was rebuilt with the construction of modern buildings that include hotels, banks, shopping malls, institutions of higher learning, and modern infrastructure like roads.

Kampala was the city of seven hills but over time it has grown and covers a lot more. The earliest hills include Kasubi Hill, where there are the Kasubi tombs where the decade kings of Buganda are buried, Mengo hill where the Lubiri (King’s palace) is and it also has the headquarters of the Buganda Court of Justice and the Lukiiko, Buganda’s Parliament. Kibuli hill which is home to Kibuli mosque where Islam started before spreading all over Uganda, Namirembe hill which is home to Namirembe Anglican cathedral, Rubaga Hill where the Rubaga Catholic cathedral and was the headquarters for the White Fathers. Nsambya hill where there is Nsambya hospital and Kampala Hill also known as Old Kampala Hill where the ruins of Lugard’s fort are. It also is the seat of one of Africa’s biggest mosques and this is the hill where Kampala started to spread to cover hills now including Nakasero, Tank Hill, and Mulago among others.

The first time to enter Kampala and you are from a very organized city, one would wonder “how humans live in the city” because it’s like a maze, some visitor go-ahead to ask how people living in the slums can locate their houses. Taxis horn noisily as Boda Bodas- Motorcycle taxis race at breakneck speed, Human traffic stomp the streets as the sun above melts you- you will need a hat. But this is not the definition of a city tour experience in Kampala, once you scratch, there is more than this. There is a lot to see whether you are a first time visitor or have been here many times. The city has impeccable eateries for local foods, historical sites, religious sites, art galleries, and a charm of attractions for a visitor to see. These can be explored by navigating through the city on a vehicle, boda, or on foot. But on foot would be the best as it brings you close to the people.

Some of the popular attractions include

This is a world heritage site, the tombs were built in 1881 and currently, it has the remains of 4 late Kings of Buganda Kingdom, one of the most powerful kingdoms in precolonial Africa. Located on Kasubi hill, the tombs despite the fire incidents in 2010, renovations have been done and it will be open to tourists again. 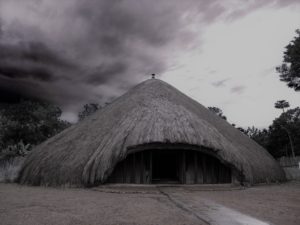 The basilica has 22 pillars running from its roofing to the ground and was built to commemorate 22 young Christian congregants who were murdered by Kabaka Mwanga between 1885-1887 for their allegiance to Christianity. They were beatified in 1920 by Pope Benedict XV and later canonized by Pope Paul VI in 1964.

This is Uganda’s oldest Cathedral. The red-brick Anglican cathedral with the impressive dome is also known as St. Paul’s cathedral. It was the first church to be built on the Namirembe hill and it can be viewed from most areas in Kampala. It also has the graveyard of Bishop Hannington who was murdered in 1885 and the Cooks (Albert Cook and wife) who established the Mengo Hospital.

This is home to the Archbishop of Kampala diocese (Roman Catholic Church) built on Rubaga hill which once had a palace for the King but when the palace got burnt, the King shifted to Mengo hill and the son who came as King after he gave the hill to White fathers to build a church. It houses the remains of the First African Bishop and Archbishop of the diocese of Kampala.

These are at the ends of the Royal mile. When walking from the palace to the Buganda parliament, on the side of the road are monuments that indicated totems of the different clans of Buganda, and there is a roundabout with a straight road in the middle for the Kings use alone. The Baganda (People who are under Buganda) have a superstition that the King doesn’t go round. Walking to the Palace is the office where you will learn about the Buganda history and culture. Also in the palace is Idi Amin’s torture chambers and the remains of King’s vintage vehicles and cannon gun that was used by Idi Amin.

The Uganda Museum is one of Africa’s oldest museums and houses a collection of history and takes you through the evolutionary and ethnic story of Uganda through times. Built-in 1908, it displays some of the country’s ethnological and natural history exhibits like traditional musical instruments.

Uganda houses temples of different religious backgrounds and the most popular one is the Bahai Temple. It has hailed as a wonder, not only in Uganda but Africa as it is the only Bahai Temple on the African continent. The temple has an amazing architectural splendor and a beautiful natural environment. Just 7km from Kampala at Kakaya Hill. The other temples include the SSDM Hindu temple, BAPS Temple, and Shree Kutch Satsing Swaminarayan Temple.

Kampala City has many free and easy to access monuments, some in the city center and others in the outskirts. You can’t leave Kampala without paying homage to some of the fabulous sculptures the country has to offer. They include the Independence monument that stands 6m tall below Kampala Sheraton Hotel, World war monument at City Square, Stride Monument, and Sir. Edward Mutesa Monument among others.

You can have an interesting mix of old and new, African and Western when it comes to shopping in Kampala. Towering buildings house supermarkets, boutiques, offering the latest designer labels and other appliances. Markets are a great place for bargain hunters, to get the best buys, you must be ready to haggle with local traders as they tend to hike the prices while dealing with foreign visitors. Some of the best markets are Nakasero, which gives the adventure to taste local and organic fruits like pineapples, mangoes, oranges, etc., and vegetables. The next and busiest market in Kampala is the St. Balikudembe market also Known as the Owino market which sprawls around Nakivubo stadium. The market covers a space of about 10 football fields and is visited by about 30,000 people on a daily. Here you find all sorts of items you can think of. A wide range of second-hand clothes from Asia, Europe, and the USA. Walking to the market requires you to walk in a maze of congestion by people, strong men carrying luggage saying “Fasi Fasi” meaning give way. Also, you can end your tour at the East African craft village, which has a lot of handmade crafts like earrings, bangles, cow horn saucers, candle stands wooden mortars, Kitenge dress, and scarf, sandals, or Kikuyu bag as a souvenir.

The busy taxi park is a sight to see while on a city tour in Kampala. It is one of the popular and free sites for tourists. Witness the seemingly chaotic yet somehow functioning scene as thousands of drivers in white vans navigate the congested spot, as vendors wander through a maze of vehicles selling items like Snacks, water, and sodas to drivers and passengers waiting to get in and out.

These and more others like nightlife can be enjoyed in the busy capital of Uganda.