The eastern and northern safari circuit of Uganda has far more impressive attractions, but it has always been a land apart due to many reasons. Straddling the Kenyan and South Sudan borders, the circuit has spectacular scenery, adventure places, unique culture, and less crowded destinations. The roads here are less traveled by tourists but they are full of wonder.

Starting from East Africa’s adventure capital-Jinja, the free-standing mountains of Elgon and Moroto, Sipi Falls, Pian Upe game reserve, the Ik and Karamajong people, and Uganda’s most scenic national Park-Kidepo valley among others. Despite boasting with all this, the circuit/ region sees relatively little tourist traffic compared to the western circuit.

A lot happens on the roads and destinations here. This write-up has where and what happens there (Attractions and activities in Eastern and Northern Uganda).

Jinja is famously known as the adventure capital of East Africa. It hosts the source of the world’s longest river-River Nile. On the different rapids and calm waters of the river, a lot takes place. Thousands of adventure seekers flock to the place to enjoy the spills and thrills of the white waters. This has given fame to the town.

For years white water rafting on the river has vied with many activities that take place in other parts of the country and is the famous activity here. We have seen growth in product development on the river and now other activities include Kayaking, boat cruises, horse riding, quad-biking, water slides, river boarding, and the newly introduced tubing on the upper Nile. Jinja is a great stop in the East as you head to northern Uganda and the Far East.

On the foothills of Mt. Elgon in Eastern Uganda (Kapchorwa District), is a little-known but slowly gaining audience gem that is made of a series of waterfalls known as Sipi Falls. While you think you don’t have a reason to be at this place, the small hamlet is drawing visitors both local and international. People who find themselves here, are drawn by the stunning waterfalls that cascade down the cliffs to continue the flow of River Sipi into the Kyoga basin.

The falls are made of 3 waterfalls with the highest dropping at 100m, the second at 85m, and the last plunges after a 75m drop. The vigorous plunge forms misty-like sprinkles and when hit by the morning sun it usually forms a mini rainbow. The area here provides an excellent walking opportunity and community engagement. Sipi falls are the main tourism focus here, even more than Mount Elgon. 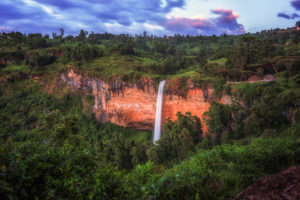 The circuit has a unique culture and people that have stacked to their community values and traditions. In Mbale, on the western slopes of Elgon Mountain, the Bagisu practice circumcision ceremonies. These are known as “Imbalu” and are held twice in an even year. This way, boys are initiated to manhood. There is a nice story about these ceremonies. Men/boys between 16-26 years take time preparing for the activity and preparations involve the initiate, adornment in banana leaves, animal skins, ash/flour plastered face, friends and family cheering, and dancing on the streets.

Further to the north, between Kidepo valley and Mt. Elgon are the Karamajong, who live a semi-nomadic lifestyle, and the smallest tribe of the Ik that survive at the peak of Mt. Morungole. 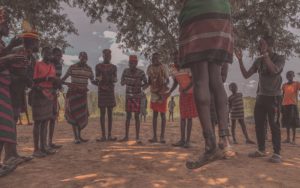 Mt Elgon is less explored but it has a setting for those that would like extended and short hikes. The mountain stands at 4321m and is the world’s largest Caldera with an 8km diameter. Visitors here can hike to the peak using different trails or go on walks from Kapkwai exploration center, through the montane forest, bamboo, to the caves. Tourists also can engage in walking opportunities to the notable Sipi Village, do coffee tours (Elgon Region is famous for the production of the best Arabica Coffee) among others.

In North-Eastern Uganda, is the country’s second-largest conservation area after the Murchison Falls conservation area-(Pian Upe Game Reserve). The reserve is connected to Bokora and Matheniko Game Reserves. In the reserve, is Mount Kadam near the Kenyan border and it is the highest point in the game reserve standing at 3063m. This is way taller than the savanna woodland and grassland that cover most of the reserve.

The game reserve once hosted high densities of wildlife but due to poaching and encroachment between the 1970s and 1980s, they reduced and some were extinct. Uganda Wildlife Authority is doing everything possible to protect the reserves remaining unique wildlife and also restore it. In November 2019, Uganda Wildlife Authority translocated Rothschild’s giraffes from Murchison Falls National Park to the reserve. These were being reintroduced to the reserve after their extinction from here.

The reserve is pristine and less explored despite harboring rare and unique wildlife in the country. This includes the Roan Antelope, Greater Kudu, Cheetahs, unique birdlife that includes the Secretary bird, Ostrich, Yellow-Billed shrike among others.

Uganda’s far north has for so long been a land apart. Moroto town on the base of Mt. Moroto which stands 3084m is the largest urban area in the region. It is an obvious place for breaks after the drive from Mbale/Sipi to Kidepo Valley National Park. There is not much to see here, but for those interested in culture and mountain climbing, it is a great place to combine hiking and meeting the people especially the Tepeth tribe who are thought to be the original inhabitants of the Karamoja plains. Local Guides are available to take through the communities and lead you through the climbing trails.

The park is located in the far corner of Uganda in the Karamoja district. It is Uganda’s most magnificent wilderness. It has some of the rare wildlife species in the country that you can’t see in any other protected areas in Uganda. These include the cheetah, ostrich, aardwolf, bat-eared fox, and striped hyena, among others. The park is alluring and famous for its dense population of buffaloes. The park is less visited and guarantees a genuine off-the-beaten-track experience and an atmosphere of solitude and freedom. 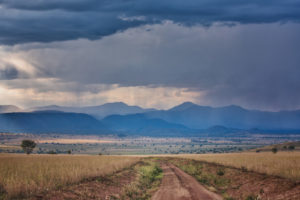 If you are traveling the roads to Eastern and Northern Uganda, these are some if not all the attractions that you can include in your travel plans. If it is in an even year, try to think of the Imbalu ceremonies in Mbale.